In The Transit of Venus I have created an idealised working space that is part domestic, part studio-gallery reflecting the dichotomy of many female artists working between home and studio.

This retrospective exhibition includes work made over two decades and reflects my on-going journey of discovery into women’s overlooked histories.

As a multi-disciplinary artist my work includes drawing, painting, mixed-media, textiles and installation.

Research is integral to my practice; I glean knowledge from multiple sources to inform the work I make: academic texts, art history, contemporary art, literature, internet are all utilized.

Grateful to the female artists who came before me, and ignoring the gendered associations of craft techniques, I build on their legacy creating artefacts and installations in response to my research, making my own interpretations of women’s history with reference to feminist, environmental, political and social issues in contemporary society. 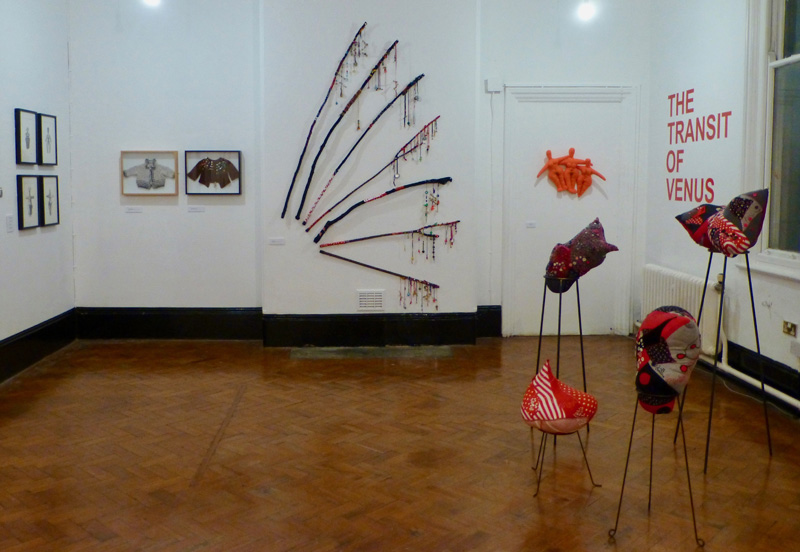 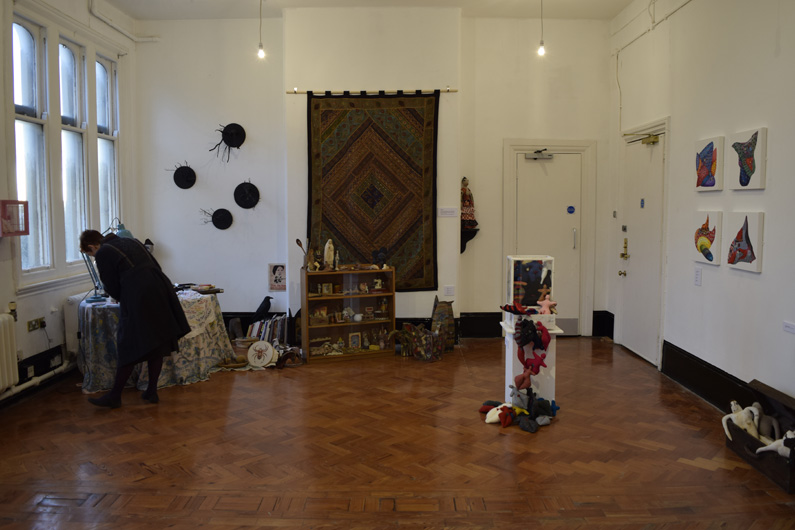 “In our ancient past women and men shared equal status, they shared work in order to survive. The division of labour then, as is often the case now, was dictated by the fact that women are the child bearers and when their children are young there is a need to work close to or in the home and if working in the domestic sphere to work with non dangerous materials. Thus pottery making, basketry, felt making, weaving, bread making, brewing and gardening were technologies originally developed by women.

Since ancient times women have been instrumental in the gathering of food and herbs and the need to store this produce required women to develop pottery making and basketry for gathering. Evidence for this can be seen in the few remaining ‘stone-age’ peoples of the Kalahari in Southern Africa and Aboriginal peoples in Australia and the Americas.

As gatherers women will have noticed that dropped seeds would grow in broken ground and thus developed gardening that later expanded into agriculture.

Women were instrumental in small-scale production of two basic foodstuffs, bread and beer as evidenced in tomb paintings of Ancient Egypt and medieval illustrations of ‘ale wives’. With the domestication of animals the collecting of milk and the production of yogurt and cheese were also the preserve of women and this continues in many areas of the world.

It makes sense then that many of the artists of the underground caverns of the ice age were also women. This is evidenced by the large proportion of handprints, found alongside cave paintings that have been identified as those of women.

Women were able to work in these underground caverns whilst their children were cared for by grandmothers, aunts or older siblings.

Women have long been associated with the making of clothes, from the preparation of skins, still practiced by the Nordic Sami and Siberian Yupik peoples, to the making of felt from animal fur and the invention of weaving. From the linen weavers of Ancient Egypt and wool weavers of Minoan Crete to the textile designers of 21st century, women have had a long association with cloth. Most of our clothing continues to be produced by women and girls often working in challenging conditions in various parts of the world.

We hear little about the women of the past, they weren’t the daughters of royalty or nobility but ordinary women like you and me who have kept the world turning by feeding and clothing their families since the dawn of time.” 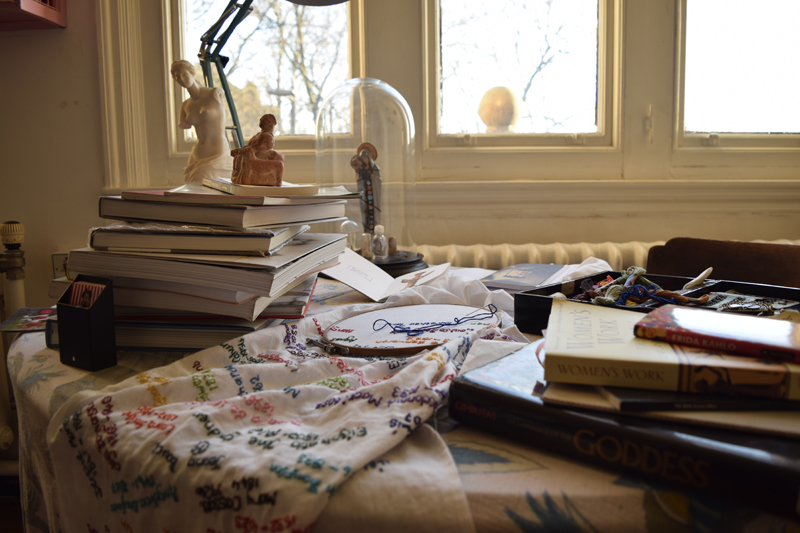 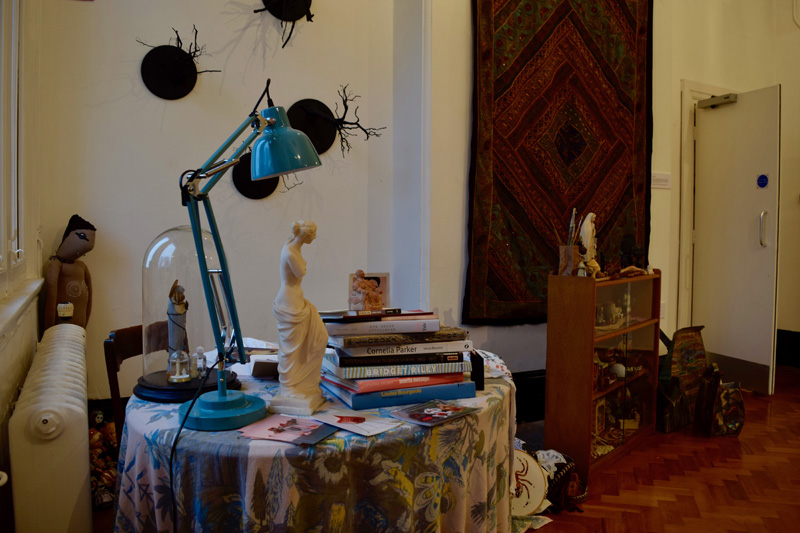