Following my recent research into pre-Abrahamic religions I have created my own objects of agency and with my Fetishes for Uncertain Times I am creating textile objects that challenge form and function in a shifting world where old certainties are no longer in place.

I create random shapes from fabric remnants sewn together in no particular order, the shape only emerges as wadding is pushed into every corner and crevice. Amulet devices, in the form of twisted threads, shiny buttons and beads, embroidered knots and wavy lines, are then added using traditional craft skills handed down through generations of women.

With my current textile work I ask the viewer to reflect upon their own relationship with cloth and our current disassociation with the deep history of global textile production and its importance and intimate relationship to all people. The production of cloth is as ancient as the human race. It has protected, decorated and defined us as clothing, been taken as treasure trove after battles and cherished for its qualities.  However, mass production has brought us to a place where we no longer value cloth, we have become detached from its production and  large amounts of cloth and clothing end up as landfill. 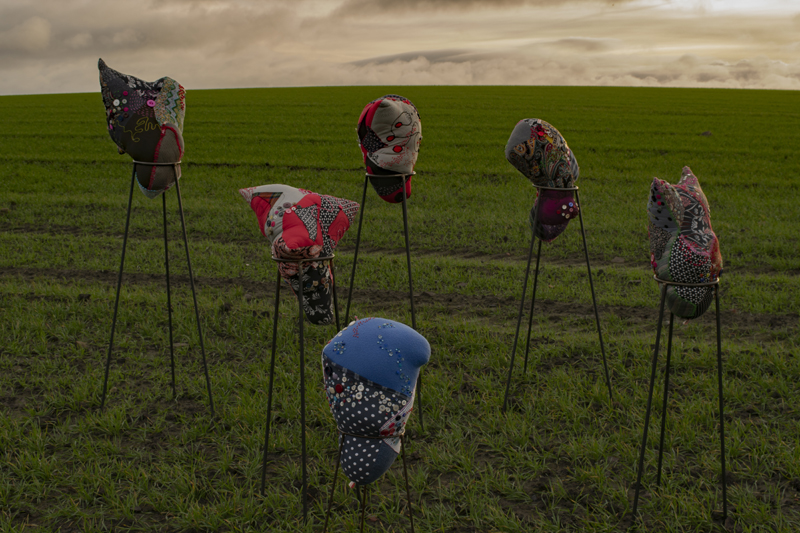 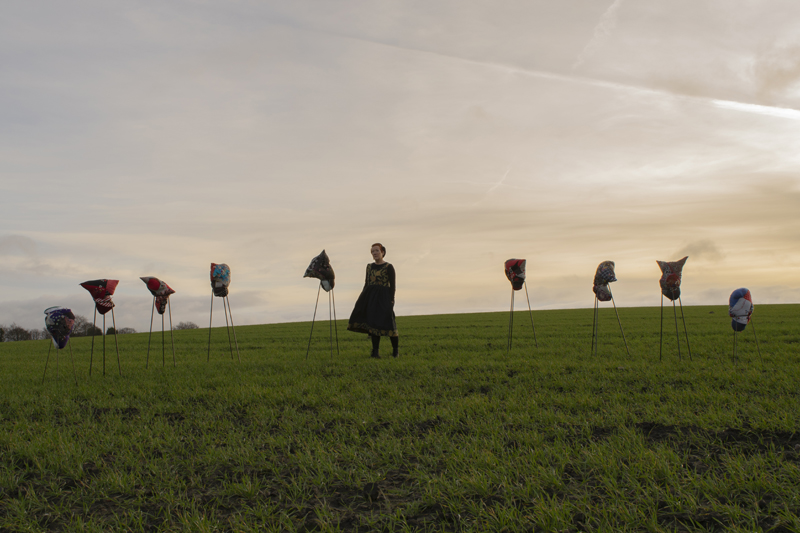 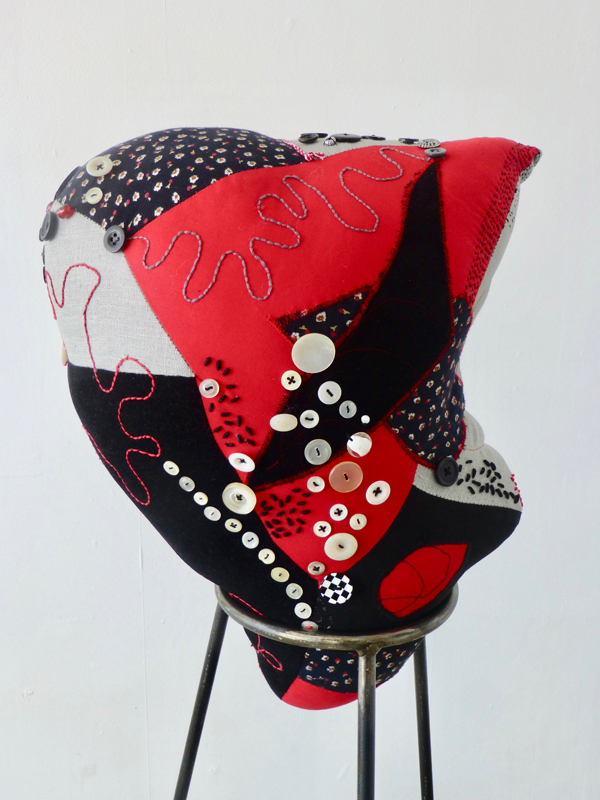 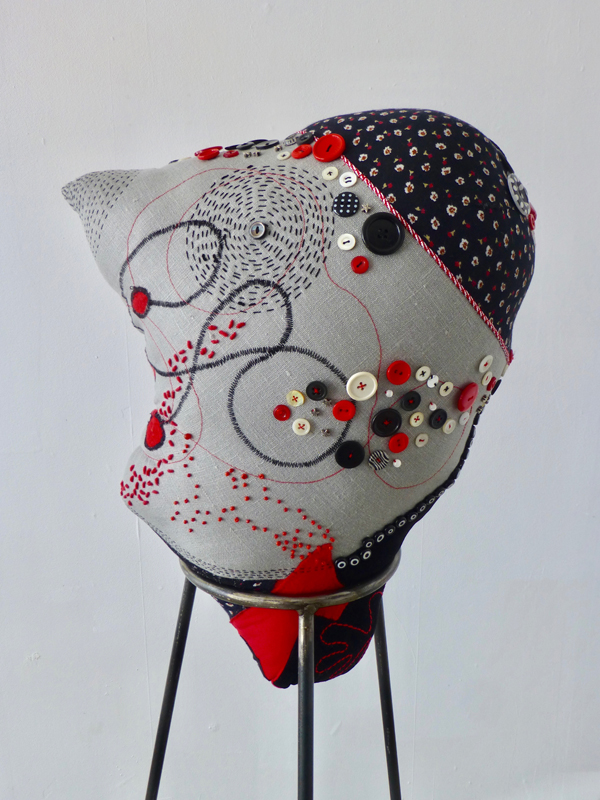