Amulet Series- textiles inspired by the aesthetic of amulets.

My Small Amulet Series of textiles are haptic objects that conform to the principles of the amulet as an object of agency. Assembled from asymmetrical pieces of plain and gaudy fabric with hand sewn decorations in the form of shiny objects, buttons, beads and nazars and embroidered dots, webs and wavy lines they are made from all recycled materials.

I first encountered the magical world of amulets when I purchased Sheila Paine’s book Amulets : a world of secret powers, charms and magic from Manchester Museum in 2008. Paine is a renowned world textile and tribal societies expert and her book is full of imagery whose hand-made, home-made, outsider artist aesthetic immediately caught my imagination and inspired me to start making my own textile pieces.

Later that year, whilst traveling in Eastern Turkey, I began to recognise amulet devices all around  including coloured tassles and bells on horses bridles and the carts they pulled, embroidered triangles and bells hanging above doorways and over windows, silver and felt triangles with cowrie shells in shops and houses, protective embroidery on men and women’s clothing.

In her Embroidered Textiles 2010 publication she describes the power of objects sewn into clothing as protection against the ‘evil eye’; …anything that dazzles and makes it blink, shiny objects, pieces of metal, coins, buttons, mirror that reflects and holds its image; anything that tinkles and distracts; objects that can pierce it, particularly triangular ones holding the power of the trinity and the feminine mystique; gaudy and bright colours;  alternating colours along edges; anything that confuses through asymmetrical pattern. 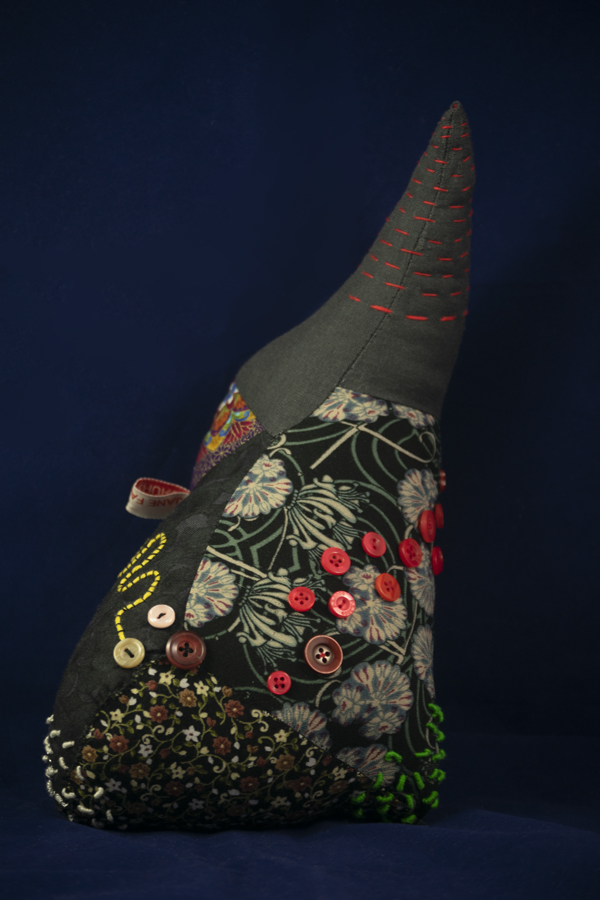 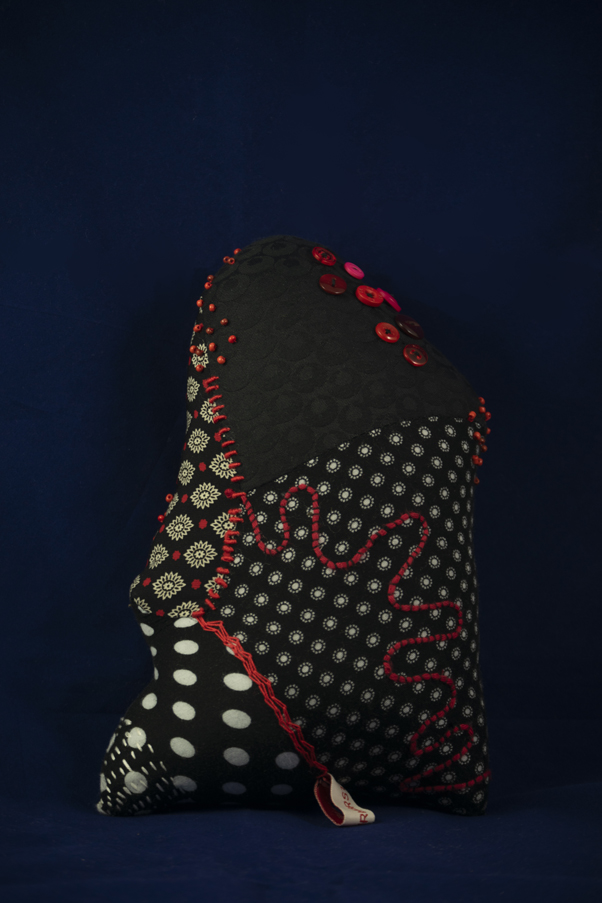 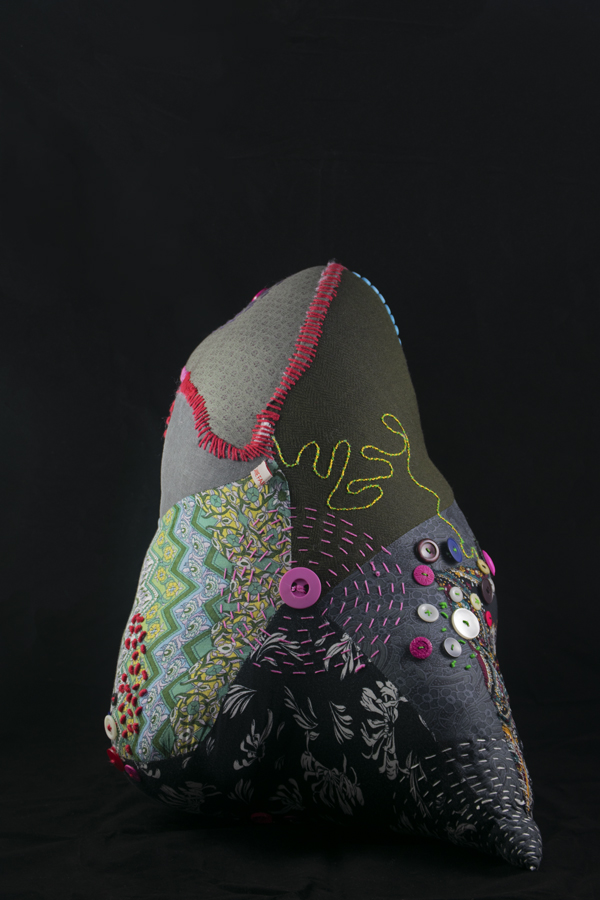 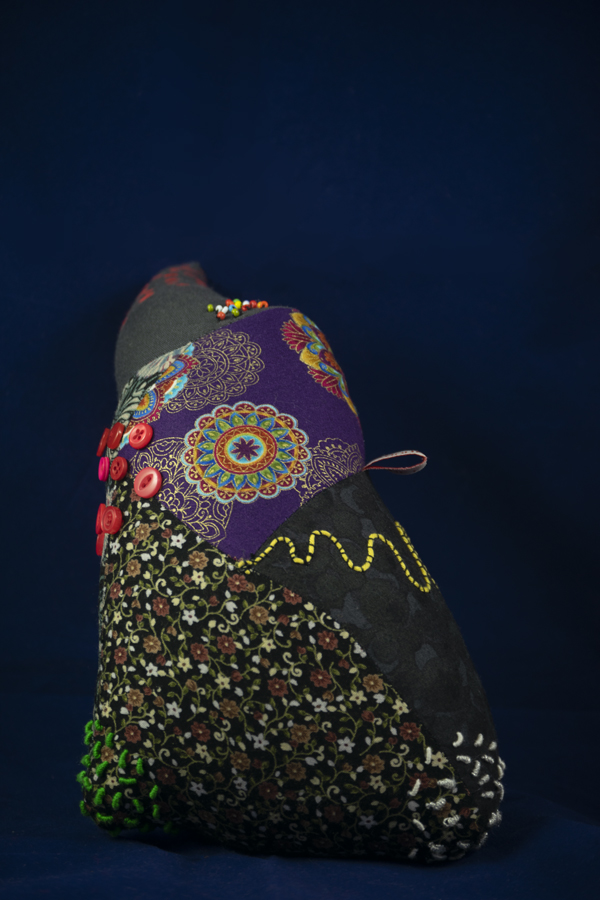 All photographs by Matylda Augustynek